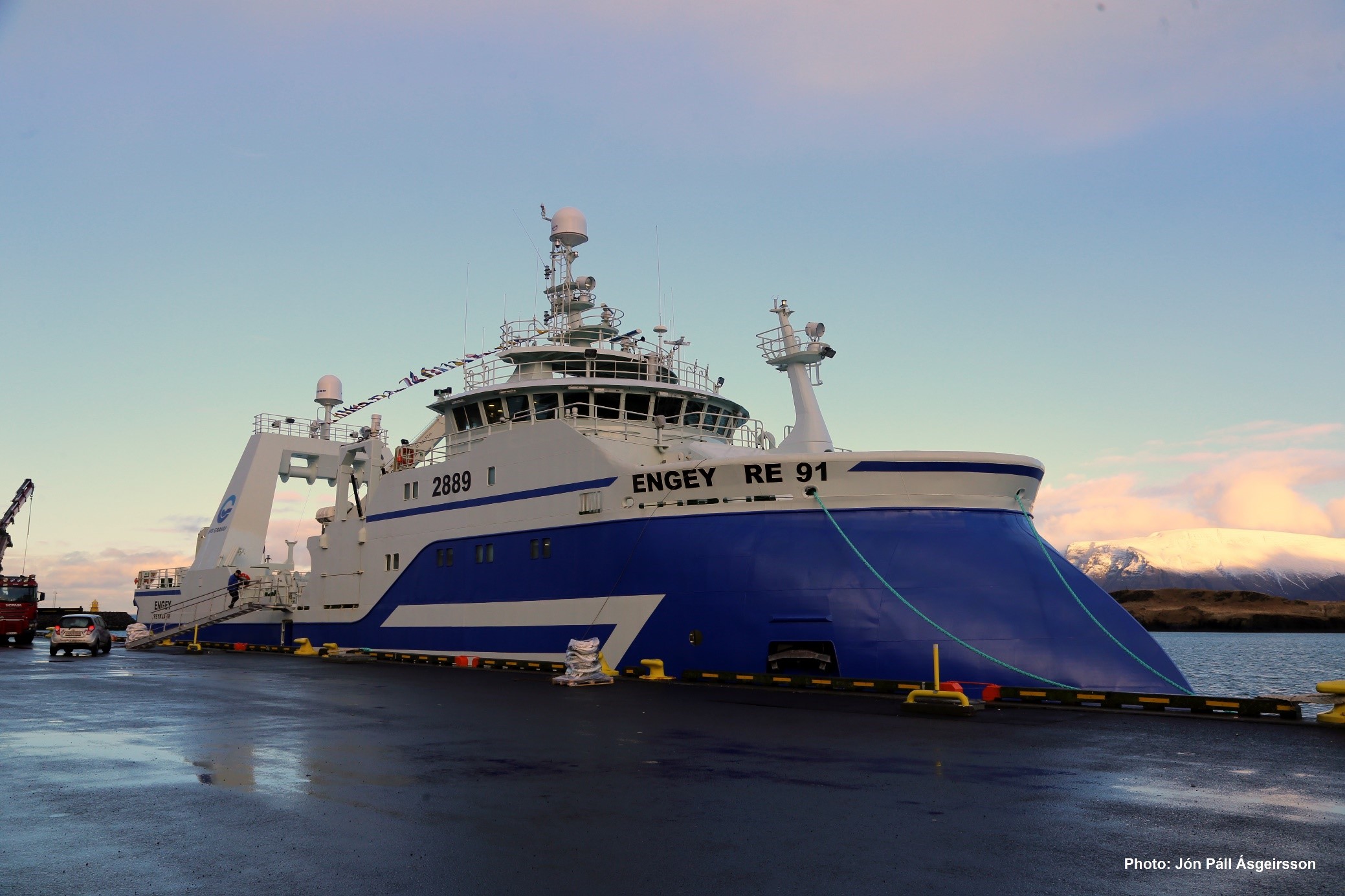 HB Grandi‘s new fresh fish trawler Engey RE 91 has just arrived to the docks in Akranes. Skaginn 3X is the supplier for the whole fish holding and processing deck. Engey will carry all of the latest technology to ensure the best possible fresh fish with un paralleled automation. Engey will become the first fishing trawler in the world with Onboard Fish-Hold Robotics, which is an automatic tub transportation and storage system. Meaning that the tub will be filled on the processing deck, transported to and stored in the fish holding deck automatically. This revolutionary system means that there is no need for workers to step into the fish hold area during fishing trips or landing of the catch, this provides healthier working environment for workers and faster processing of the catch.

The ship will be loaded with several great innovations, so futuristic compared to traditional fresh fish trawler, that it might seems as it has been shipped with the known DeLorean time machine. Examples of the processing equipment installed are several patent pending processing steps that allow Sub-Chilling™ Onboard, a concept which has proven to add up to 7 days to the shelf life of the fish. The concept of Sub-Chilling™ is that it quickly chills the whole fish to its freezing point, without freezing it. The fish comes out of the Sub-Chilling™ system at its freezing point and is placed immediately into tubs on the processing deck.  The empty tubs are provided by the Fish-Hold Robotics and full tubs are automatically transported to the fish hold by the same means. No ice is used in the process nor in the tubs holding the fish, this allow for holding the fish at temperature below the melting point of ice.

The installation is expected to be finalized in late March and it’s safe to say that the vast majority of the fisheries industry is exited to following up on how Engey will operate in the future.