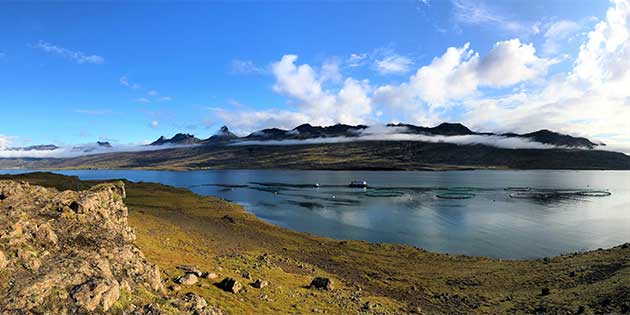 Skaginn 3X’s success is intertwined with the success of its customers. The Navigator met with Guðmundur Gíslason, CEO of Icelandic aquaculture group Ice Fish Farm and discussed the competitive advantage of SUB‑CHILLING™.

The cost of living in Iceland among the highest in the world and according to a report from CEOWORLD magazine, it ranks second on the 2019 list of the world’s most expensive countries. Switzerland is the most expensive nation on earth.

This poses a problem for exporters, local industry and manufacturing as the cost of production in the country reflects this, making it difficult to compete on pricing alone.

“That is why our focus is on quality,” Ice Fish Farm chief executive Guðmundur Gíslason said. “We sell at high prices, but in order to achieve that, we must deliver a superior product aimed at premium markets,” he added.

Technology Is Key to Quality

Gíslason strongly believes that technology is the key to achieving the desired product quality, as well as delivering crucial cost savings to protect margins.

“For us at Ice Fish Farm, the game-changer was the SUB-CHILLING ™ solution from Skaginn 3X, which has allowed us to constantly deliver premium quality with an extended shelf-life of up to seven days,” Gíslason said.

The Benefits Are in the Methods

“Our research demonstrates that the quality of sub-chilled salmon fillets is higher than traditional fillets—both firmer and with less gaping. Sub-chilled fish is more resistant to all further processing, such as heading, filleting, trimming, cutting and packing, and the shelf-life can be extended substantially,” Matís researchers Gunnar Thordarson and Sigurjon Arnason said in a report.

In addition to a longer shelf life, the benefits of SUB-CHILLING™ include reduced bacterial growth, much stronger fillet texture due to intense rigor and sharply limited drip during transport.

The SUB-CHILLING ™ method brings salmon into a sub-zero stage, moving the cooling into the fish without freezing it—the fish itself becomes the cooling agent.

This eliminates the need for ice, resulting in substantial cost-savings during transport by cutting transport weight by up to 20% and thereby reducing the carbon footprint of sub-chilled salmon.

Ice Fish Farm was founded in 2012 with the aim from the start to produce sustainable and superior salmon in as much harmony with nature as possible.

And as end-consumers increasingly become aware of the carbon footprint of their food, the SUB-CHILLING™ method has helped the company to access markets where consumers not only demand a high-quality product but also that it leaves a minimal trace of CO2 from source to plate.