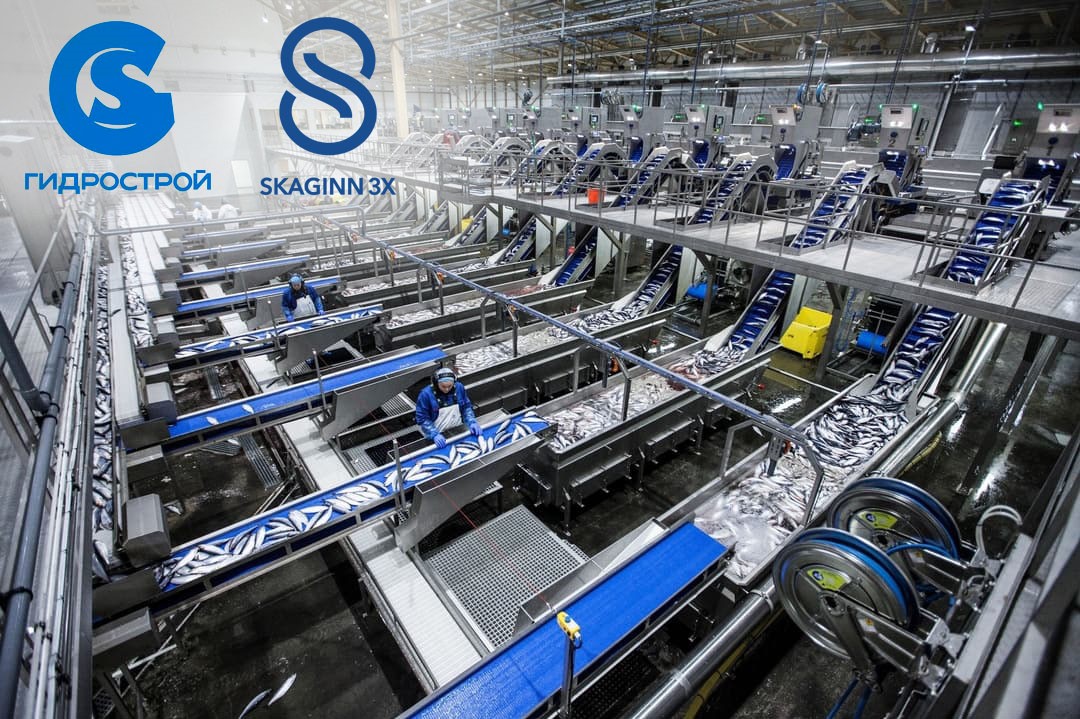 Icelandic firms, Skaginn 3X along with Frost and Rafeyri have signed a contract to supply a state of the art pelagic processing factory in Kuril Islands in Russia Far East. The factory will be equipped with leading technology to grade, pack and freeze 900 metric tons of pelagic fish per day.

The factory will be located on Kuril Islands, South of Sakhalin in Russia Far East, more specifically on the remote island of Shikotan. “This new state of the art plant will bring more jobs and thus will help further development of the Shikotan island” says Alexander Verkhovksy owner of JSC Gidrostroy and adds “after looking at several factories around the world it was an obvious choice to work with the Icelandic companies”.

The three Icelandic companies have previously worked together equipping processing vessels with technology as well as having erected several land-based factories. “The collaboration we have formed under Knarr Maritime is proving to be successful and is in fact bringing us to new markets previously not possible” says Gudmundur Hannesson sales director of Frost.

Key step towards the Pacific market

Catching of pelagic fish, not the least sardinella, is growing in the area so a successful project is important for all parties. “The project is both large and important for both us and Gidrostroy, it all started last year when we sold and delivered a Skaginn 3X system including key components from our Icelandic collaborator, Style” says Ingolfur Arnason Managing Director of Skaginn 3X, adding that “the results and mutual respect gained in that project was such that both parties where intrigued by working more together.”

The press release confirms that the factory will be a Russian flagship for both seller and buyer. The improvement in cooling and handling, along with the un paralleled and innovative freezing technology, will improve the product quality and hence the demand for the products.

Gidrostroy is a unique fishery holding company that has no equivalents in Russia. The company has deep roots and a strong sense of social responsibilities in the Kuril Islands.  Their mentality is that the vast Far Eastern seas are ready to generously reward only those who do not stop in the middle of the road. Gidrostroy employs 3.600 people and additionally 1.500 during the fishing seasons, the fleet catches around 300.000 metric tons of fish each year. It was the first Russian company to achieve the sought after MSC (Marine Stewardship Council) stamp.

At the Russian Business Week in February 2018 in Moscow, JSC Gidrostroy represented the Sakhalin Region and was awarded for “Contribution to the Social Development of Territories”.