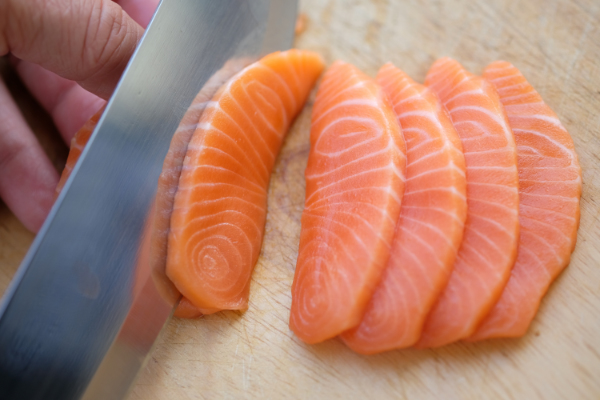 Both Laxar and Ice Fish Farm (Fiskeldi Austfjarða), two leaders in Icelandic farmed salmon, utilize SUB-CHILLING™ by Skaginn 3X via high-tech processor Búlandstindur, which will allow the firms to capitalize on the massive opportunity to deliver high quality farmed salmon to China.

Iceland and China have amended an existing free trade agreement between the two countries, allowing for exports of farmed salmon to the world's second largest economy.

“Having China as one of the customers in the portfolio is definitely an advantage and [it] may become one of the main players for Iceland's farmed salmon,” Helgason told IntraFish reporter Demi Korban.

Meeting Demands of a Growing Market

The Icelandic salmon farming industry is still in its infancy, but production volumes are expected to rise sharply this year to about 20,000 metric tons, figures from the Icelandic Food and Veterinary Authority (MAST) show.

Iceland’s largest export markets for farmed salmon are the United States and Europe, and a sharp increase in demand could quickly outstrip supply. And then there are the logistics of maintaining quality and competitive prices over long distances.

The Key to Logistics for Exports to China

The SUB-CHILLING™ system by Skaginn 3X has been specifically designed for the aquaculture and fisheries sectors, chilling whole fish down to below the freezing point of water in about one hour without actually freezing them.

The fish themselves become the cooling refrigerant, eliminating the need to use additional forms of refrigerants like gel pads or flake/fluid ice. As well as savings on energy, not requiring ice also means that each box can transport more fish, thereby increasing freight cost-efficiency.

And as a growing number of users have confirmed, the main commercial advantage of SUB-CHILLING™is the extension of the product’s shelf life by up to seven days. And with opportunity growing in China, the ability to maintain quality and freshness during transport are becoming a central consideration for producers.

A Milestone reached for new Sub-Chilling™ system in Norway

Over 20 years of Research & Innovation in Seafood