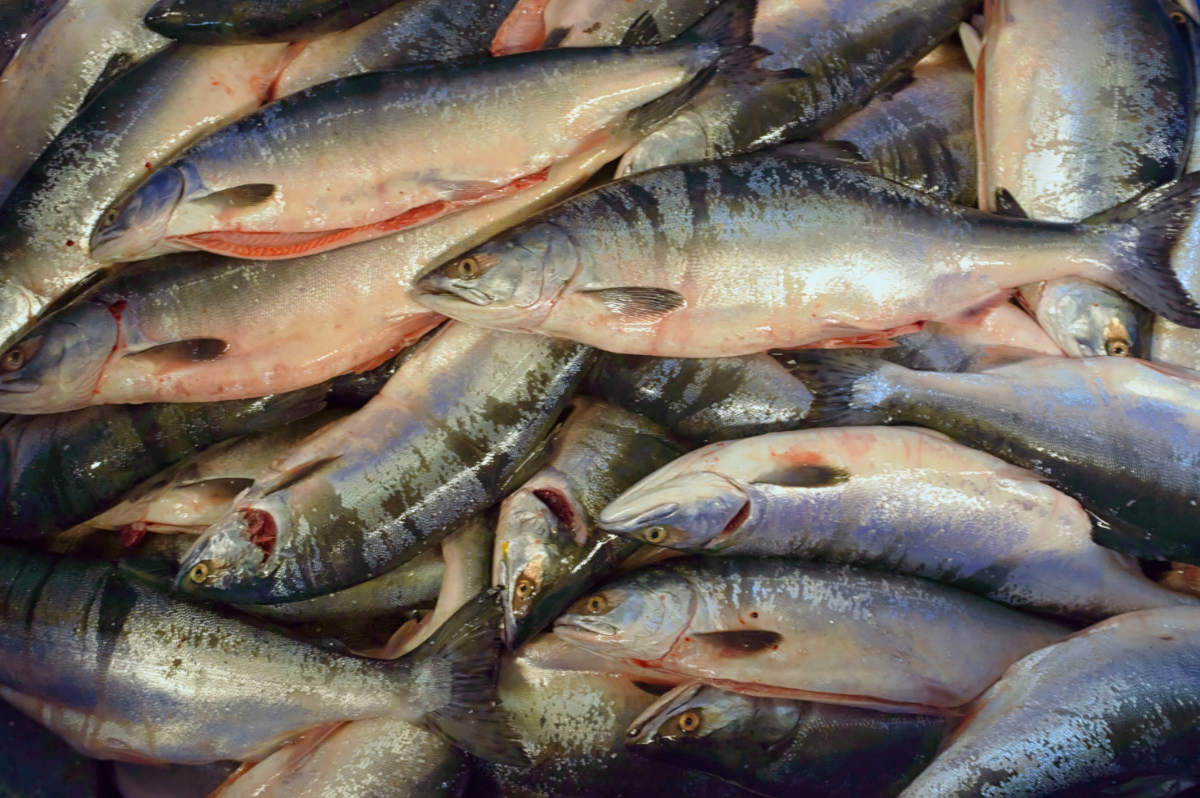 Russia’s rapid fishing revolution is underway. There are parallels to be drawn with how Iceland transformed its own fisheries industry and measures currently being taken in Russia, which might just be the playbook for waking up sleepy markets. One thing is certain: innovation and technology play a leading role in the revival.

If you’re anything like me—keeping tabs on who’s making waves in the fisheries industry—Russia’s push to overhaul its sector has been on the radar for the last decade. There’s will among the powers that be. A huge coastline. A big push for modernization through efficiency and innovation. A lot of capital. And they’ve got control of their message and their purse strings. So it was such a thrill to see someone spell it out in facts and figures: Russia is following the same steps that Iceland took to launch themselves to the front of the industry—and it’s working.

The braintrust at Iceland Ocean Cluster (we can’t all be fisherfolk!) put together a really thorough picture of what has already happened, what is likely yet to happen and the factors at play in their report The Russian Seafood Modernization. But what really caught my eye is that they’re pointing out how Russia is tracing Iceland’s path with capital flowing into a sector-wide strategy shaped by an investment quota system. In the end, all indicators point to a Russian sector, which, like Iceland, has a long-term appetite for advancing technology and innovation.

In 2009 the Russians announced their big plans to become a leading fishing nation by 2020 based on a plan to move focus from raw material exports to an innovation sector with an eye to sustainability. There were grand plans for aquaculture, fisheries science and R&D, infrastructure, regulators, business incentives, international cooperation and a big push for investment. But when they took the temperature in 2015, only 26% of the fleet had been updated. Learning from their missteps, the Russians redoubled their efforts with a revised strategy and pushed their deadline back to 2030.

This time they got smart about framing their message in the bigger picture: making their efforts about more than a renewed fishing fleet. It became a matter of food security and a healthy diet for the federation—a Russia that could not only feed itself, but feed itself well. And it became about the fishing sector’s contribution to Russia’s overall economic strength: creating jobs, increasing profit, improving Russia’s position in world markets and cleaning up the industry’s environmental image.

Under the new strategy, the Russians measure success in terms of increased production and fleet capacity, but their objectives also include the wide deployment of new fisheries technology, achieving a higher degree of processing in a larger share of seafood products. To reiterate, that’s more and better tech and more processing. That’s music to our ears here in the field of food processing technology.

And big talk is one thing, but we’ve already seen hundreds of millions of dollars go into overhauling land operations in Kamchatka and Murmansk. Here at Skaginn 3X, for example, we have two huge onshore processing projects underway in Russia Far East. These are the real-world fruits of these efforts.

And if they want the Russian ships from Russian companies to land at Russian ports then they need the tech to turn that catch into high-value Russian product. Otherwise they lose to ports in the nations next door. This is especially true of ports in Russia Far East, which must complete with Japan and Korea if Russian catch is to be turned into Russian product.

Modernizing a fleet means increasing efficiency, and the path to efficiency is technology and innovation.

The investment scheme for the Russian fisheries revolution is highly structured in three tranches, the first two for developments through 2018. But in 2016 the last tranche was allocated for a 15-year period from 2019 to 2033. That means another 15 years of development. The Russians are keeping tight reins on that development by limiting the kind of project eligible for investment, like size and type of vessel construction and product species. That said, such big investments have a massive impact throughout the entire sector. For example, operations not receiving funds must still keep up with the Joneses if they expect to compete in an environment increasingly focused on modernization.

And as Iceland shows us, smaller operations that can’t compete will be absorbed by the companies who can. Yes, there will be continuous consolidation—it’s the natural selection of the marketplace—but consolidation doesn’t happen in a vacuum. Modernizing a fleet means increasing efficiency, and the path to efficiency is technology and innovation.

But don’t take my word for it. Take a look at Iceland Ocean Cluster's report The Russian Seafood Modernization for the full story.

The Flexibility to Freeze and Re-Fresh