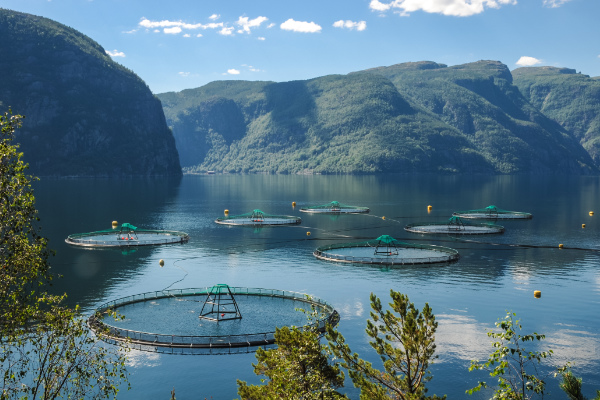 As salmon aquaculture continues to expand, the industry is finding that small changes on the production side are delivering big results in profits.

Salmon aquaculture is the world’s fastest growing food production system, accounting for about 70% of the market, figures show. Once considered a luxury, farmed Atlantic salmon is now widely available at competitive prices across the globe.

Norwegian firms are the leading exporters and investors in the global aquaculture sector. According to Statistics Norway, in 2018 the country produced 1.3 million tons of farmed salmon, valued at NOK 65 billion ($7.2 billion).

At this scale, even small cost-saving measures and slight reductions in transport costs end up delivering sizeable increases in profits. The airline industry has been keenly aware of this multiplier effect for decades. Forbes reported that, about 30 years ago American Airlines saved $40,000 by removing one olive from each passenger’s salad — and $40,000 was no small amount of money 30 years ago.

The Skaginn 3X SUB-CHILLING™ system was developed with this in mind — to increase efficiency and simultaneously reduce transport weight by eliminating the need for ice, which results in substantial cost and energy savings.

Based on our internal calculations, the Norwegian aquaculture sector could save somewhere in the neighborhood of NOK 408 million per year in transportation costs, based on production figures from last year, and reduce energy costs by up to 30%.

The significant benefits of SUB-CHILLING™ have been confirmed by Matís, Iceland’s government-owned, independent biotech research institute. “Our research demonstrates that the quality of sub-chilled salmon fillets is higher than traditional fillets — both firmer and with less gaping,” state Matís researchers Gunnar Thordarson and Sigurjon Arnason in their research conclusions, “Sub-chilled fish is more resistant to all further processing, such as heading, filleting, trimming, cutting and packing, and the shelf-life can be extended substantially.”

In addition to a longer shelf life, the effects of SUB-CHILLING™ include reduced bacterial growth, much stronger fillet texture due to intense rigor and sharply limited drip during transport.

The SUB-CHILLING™ method brings salmon into a sub-zero state without freezing it—the fish itself becomes its own cooling agent.This eliminates the need for ice, resulting in substantial cost-savings during transport by cutting transport weight by up to 20% and thereby reducing the carbon footprint of sub-chilled salmon.

To find out how much you can save, take a look at our online cost-savings calculator.